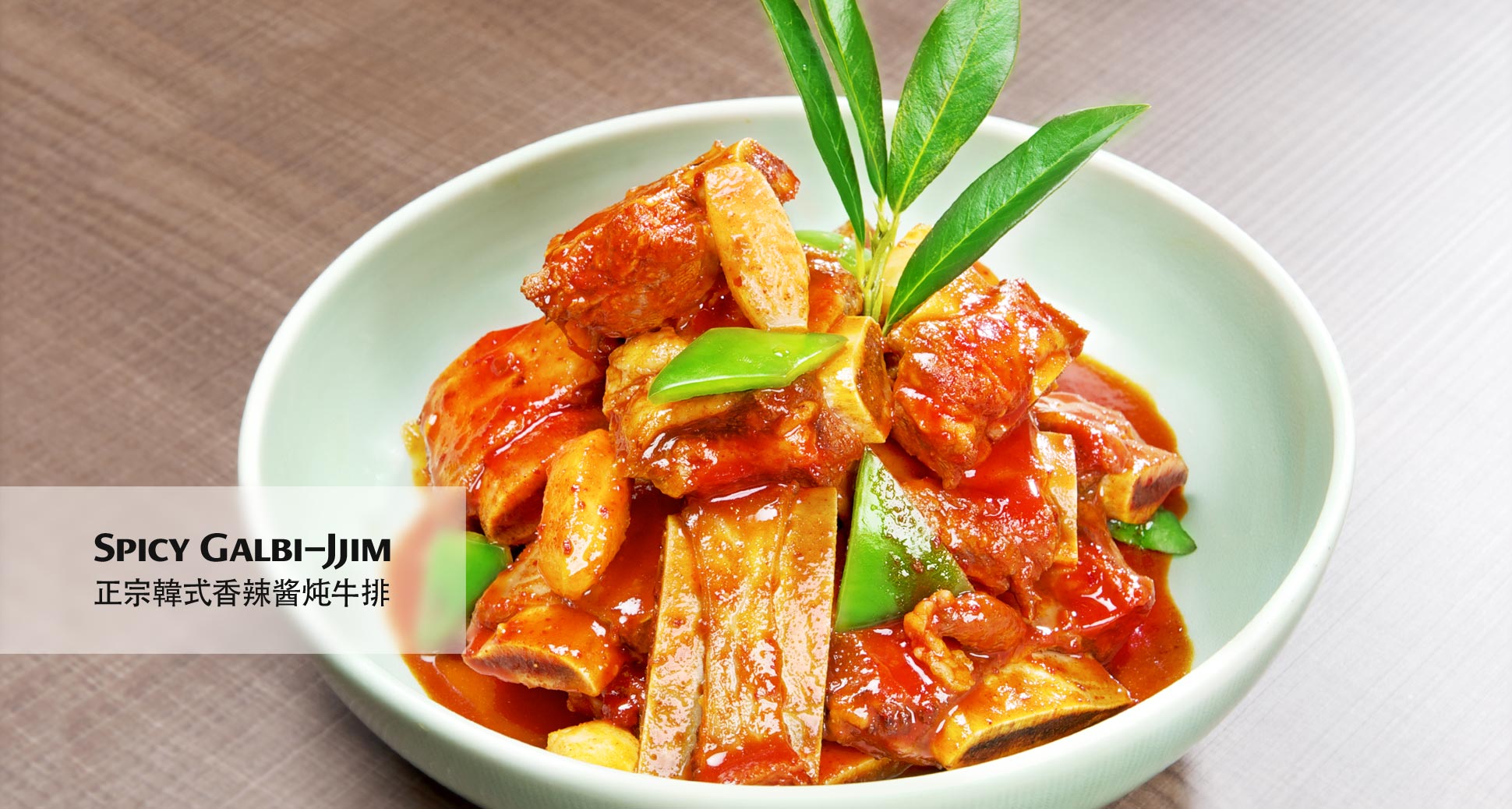 So, how are you doing wrapping up 2017? It’s the holiday season, and many people are on vacation or taking the week off. Families and friends are getting together to exchange gifts or catch up.

When you enjoy this beginning of festivities, come on down to SURA Korean BBQ restaurant to savour our authentic Korean BBQ or Korean Royal Cuisine inspired comfort fares.

At SURA Korean BBQ Restaurant Richmond, we’ve always got great gems up our sleeve such as this fabulous Spicy Galbi–Jjim which is Korean style braised beef short–ribs with vegetables in hearty and spicy sauce. This is a traditional meat dish eaten on special occasions like holidays and large gatherings, often fulfilling the role of favourite dish because of its spicy yet sweet, tender, and succulent flavours.