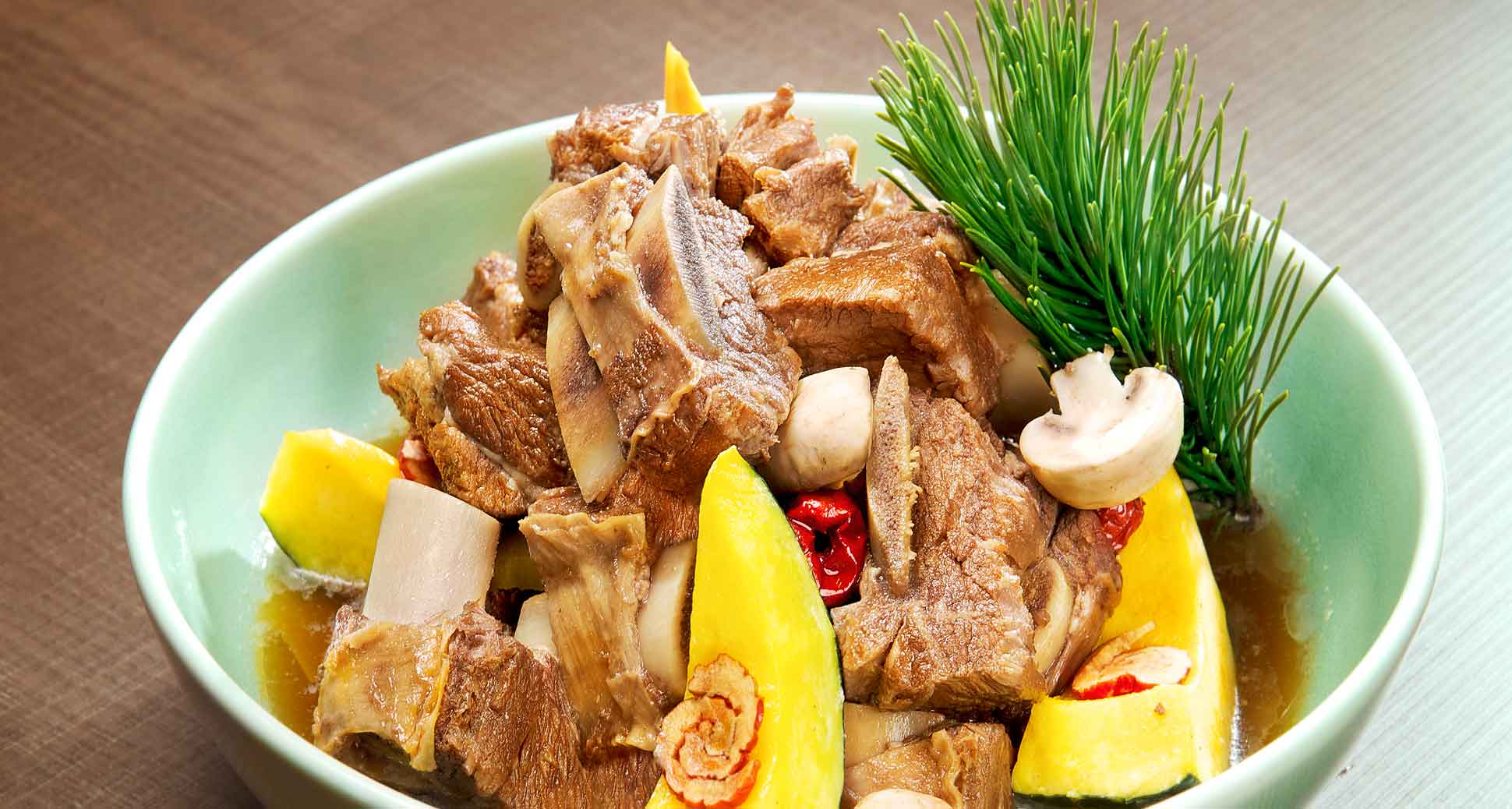 Galbi-jjim: perfect meal for any taste

Galbi-jjim is Korean style braised beef short–ribs with sweet pumpkins, or sometimes with carrots, in special soy sauce. This Korean dish is simply perfect when you are looking for a comforting yet very satisfying meal.

Our soy-based house special sauce on Galbi-jjim is irresistible, and sweet pumpkins (sometimes carrots) perfectly complement the beef short–ribs that literally melts in your mouth. In South Korea, it was traditionally enjoyed on big holidays like Jeongwal Daeboreum (January 15 in lunar calendar, one of the 4 major Korean traditional holidays) and Korean New Year’s Day.

Today it is enjoyed at Korean home for special occasions and parties, although nowadays many Korean people are easily able to consume it as a part of a regular dinner menu, thanks to many gourmet restaurants in South Korea where they serve the modern version of Korean traditional dishes.

Click HERE to view our version of Galbi-jjim on SURA Menu.