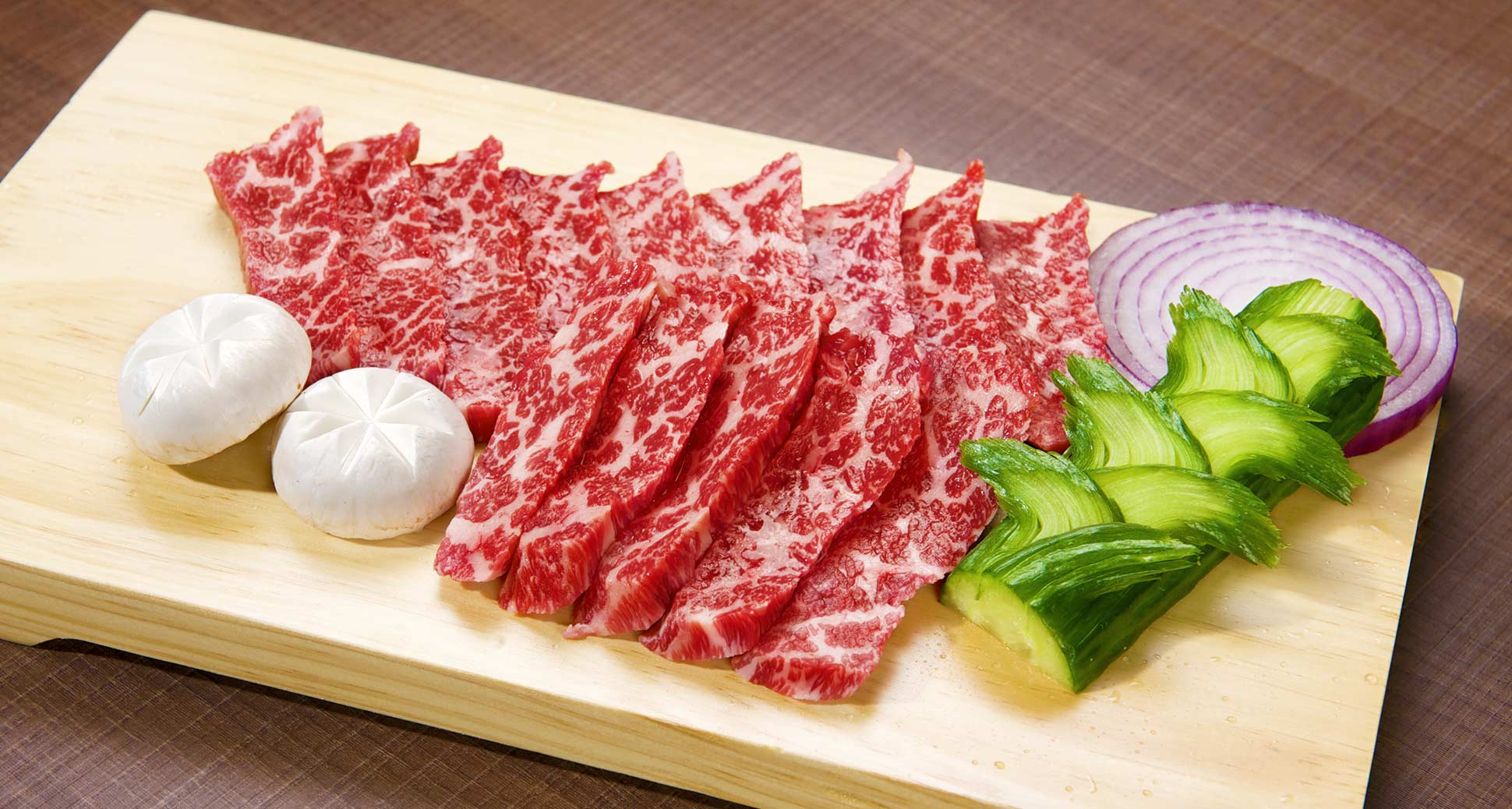 A guide to wonderful korean bbq

How well do you know about Korean BBQ which is arguably one of the best treats to BBQ lovers out there. Here is a guide to some of the most popular meat cuts in Korean BBQ, a list of popular beef and pork cuts we have put together that may come in handy when ordering Korean BBQ!

Thin strips of beef rib meat. This is perhaps the most popular beef cut all around, because people in S. Korea or now at the western regions have have been enjoying Korean Marinated Galbi BBQ. This cut is marbled and has a deep rich beef flavour. There is much higher quality Galbi-sal for well marbled texture and deeper beef flavour, which we at SURA calls Premium Royal Galbi.

Deung-sim is beef sirloin, and higher quality Deung-sim is called Kkot-deung-sim, which is flower marbled sirloin. These cuts are tender, juicy and have great marbling – especially Kkot-deung-sim is famous for its flower like marbling. All tend to be pricier than other beef cuts. But if you’re aBBQ lover, you know it’s worth the higher pricing!

Ultra thinly sliced marbled brisket, this cut is known for its heavy marbling and is usually sliced very thinly for grilling to not get an overpowering “fatty” taste. Chadol-bag-i is a great way to enjoy the marbled beef flavour without paying a premium price. Just remember; it cooks fast, so keep an eye on the meat when grilling!

The king of pork cuts is Sam-gyeop-sal, pork belly. This is by far the most popular pork cut and considered the quintessential Korean BBQ. There is a slightly different cut, called O-gyep-sal which includes the pig skin, hence this cut has the extra layers. The layers are created from tiers of fat and the taste is rich.

Thin meat strips from front park of the pork neck which are detailed cuts and very few portions come from one pig, which is why this cut is pricier than other pork cuts. This cut is a texturally quite different from other pork cuts. One could almost say it is chewy. What is special about this cut is that it has even marbling, making the meat very tender and juicy.

Neck meat or pork chop. Moksal is beautifully marbled, tastes great grilled and has a deep flavour. It typically comes in normal pork chop size and is then cut in into bite size pieces with a scissor as it is grilled.

Click here to view our selection of Korean BBQ Menu.

Have you decided which cut you’d like to try at this coming BBQ cookout or the next dinning out at your Korean BBQ restaurant? Eat well and healthy, foodies!